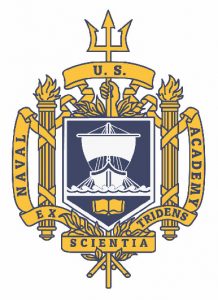 Founded in 1845, the United States Naval Academy (USNA) serves as the undergraduate college for the U.S. Navy. The Naval Academy  prepares young men and women to become professional officers of competence, character, and compassion in the U.S. Navy and Marine Corps. The Academy’s mission is “to develop Midshipmen morally, mentally, and physically and to imbue them with the highest ideals of duty, honor, and loyalty in order to graduate leaders who are dedicated to a career of naval service and have potential for future development in mind and character to assume the highest responsibilities of command, citizenship and government.”

Named after Fleet Admiral Chester W. Nimitz, the Nimitz Library at the U.S. Naval Academy provides learning environments, information resources, and expertise to foster research skills, critical thinking, and a spirit of lifelong inquiry to empower midshipmen, faculty, and staff to use information effectively and ethically. The U.S. Naval Academy Archives was established in 1970 and became an affiliated archive of the National Archives and Records Administration in 1985.  In 1993, it joined Nimitz Library’s Special Collections to form the library’s Special Collections & Archives Department.

To find out more about our collections and to access non-digital material, contact the USNA Special Collections & Archives.

U.S. Navy Higher Education Digital Archives Preservation System (Created 2016)
©2023 Preservica
We use cookies so that we can provide you with the best user experience possible. Click Accept to confirm that you are happy with us to use cookies.